Texas Comicon - The Saga, Part I

I’ve never been so dissatisfied that I went home and created a website to tell the world.

This is going to be the first of a few posts. This story is lengthy, and the tale is just getting longer and longer as I write. I decided I needed to break it up into segments.

My husband and I are no strangers to the festival world. The Magick Cauldron has setup as a sword vendor at various sci-fi festivals, comicons, and celtic festivals throughout Texas. We’ve been doing these festivals, in general, since about 1990; and we’ve been doing the comicons for about 6-7 years.

The larger events that we’ve booked do have a long waiting list and need to be scheduled at least a year in advance. However, smaller festivals have had availability up to a month prior to the event opening. When we found out about Texas Comicon, we looked on their website and saw available spots in the dealer room three weeks prior to the festival. We sent our form in to Kriss Kidd and awaited confirmation.

We had paid for our four spots (a total of $1600). But we had to contact Kris multiple times before receiving an email confirmation of our reservation.

Once received, we proceeded to make hotel reservations, hire staff, and prepare for our road trip to San Antonio. We weren’t familiar with the San Antonio Event Center, but the festival was in its 7th year now. It was well established, and at these rates, surely, it had to be at one of the larger venues downtown.

These prices compare to events such as North Texas Irish Festival, or ComicPalooza. Or, perhaps, AnimeMatsuri. Events held at major arenas or convention centers, and draw upwards towards 20,000 or 30,000 plus people.

Texas Comicon was held at a local event center that regularly hosts gun shows and possibly a swap meet. I would give actual examples and cite events scheduled on their calendar, but you can't even visit their website, as of 7/31/2016. You get a "Warning, visiting this site may harm your computer!" message. 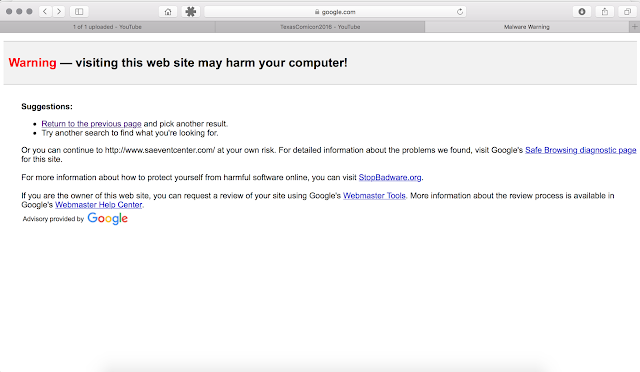 However, the #1 search result for this venue on Google does confirm it is primarily used for private parties and events. This tells us it should be used for smaller scale events - not something that would justify a vendor fee of $400-$600. 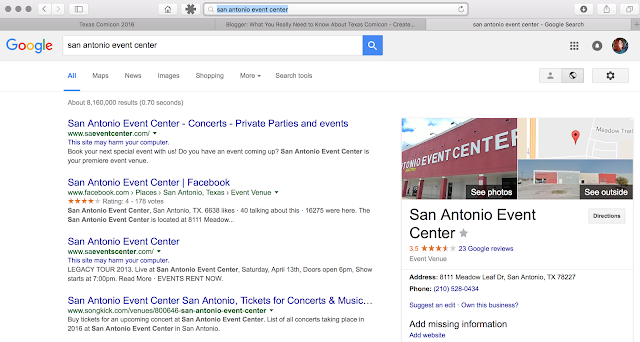 We drove in on Thursday to setup. Let me give that more clarity: 3-4 hours behind the wheel, so we can unload a huge U-Haul truck and setup 4 spaces to sell swords and knives. Unloading and setup takes about 10 hours, on top of the drive we just completed. We got there around 11am.

Kris Kidd was supposed to be there to pay for the site at 10am to pay for the site. The poor schmuck he left there told us he’d been there since 10am waiting for Kris.  YES, you read that right! Kris hadn’t even paid the site fee yet!!! And, of course, this guy doesn’t even have Kris’ phone number.  But somehow, he knew Kris was “stuck in traffic”, because that’s what he kept saying when he was asked where Kris was.

Kriss Kidd finally made an appearance at 3-ish just to pay for the site. This is how we all got in. Then he buggered off again before anyone could talk to him.

This was when we found out we weren’t even on the vendor list. The guy Kris left in charge, who had no information other than the vendor list and map he left him, said Magick Cauldron wasn’t on the vendor list, and he couldn’t let us setup anywhere until this was resolved. Of course, the one person who needed to resolve it – Kris Kidd – was “stuck in traffic”.

Someone finally gave the poor guy left onsite Kris’ phone number, and he found out Kris would eventually be onsite with an updated vendor list, but this new version of the list was at Kris’ house. He had to drop by to get it first. Kris Kidd finally shows up somewhere around 6:30pm, with the “updated” vendor list.  (I have to wonder if he made a quick edit to it at home, just to add us and avoid a Felony Fraud charge…. but I can’t prove anything – that’s just my hunch). 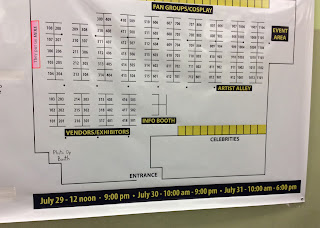 The back wall he’s talking about isn’t even on their map as a vendor space. Their own website has it designated as a loading area, as you can see from this screenshot. 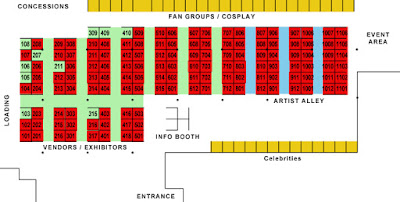 You can see, by the images below, we are “quite literally” behind other booths. We are by the loading docks. 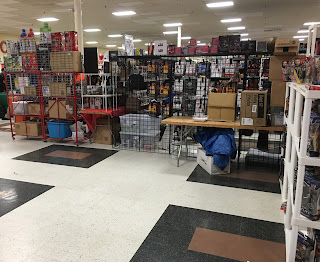 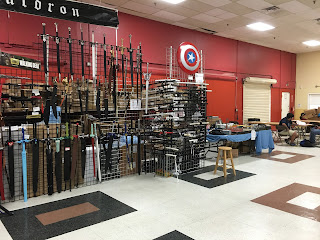 Kris Kidd was out of spaces when we purchased, but took our money anyway.

In our next installment... Just who is this Kris Kidd guy, anyway???